Must-Read Books by Black Authors in 2021

The re-energized efforts of the Black Lives Matter movement in 2020 shone a light on many corners of Black culture. For lots of readers, this moment provided fresh inspiration to seek out new Black authors and to explore the rich variety of Black literature, whose stories span both borders and generations, illuminating a huge variety of experiences.

From 20th century classics that crystallized pivotal moments in the fight for civil rights, to hilarious novels, gripping fantasy, and 2020 bestsellers that continue to navigate complex social tensions — we’ve gathered together seventy of the best books by Black authors that belong on your ‘TBR’.

Our hand-picked list includes several famous black authors you might recognize — Toni Morrison, Ralph Ellison, James Baldwin — as well as some of the most promising up-and-coming names. Within our ‘Fiction’ section, you’ll find Black voices represented in a huge range of genres; and we’ve devoted additional sections to nonfiction, poetry, and Young Adult fiction (we know how important it is for young people to be represented in the books they read). So let’s dive in! 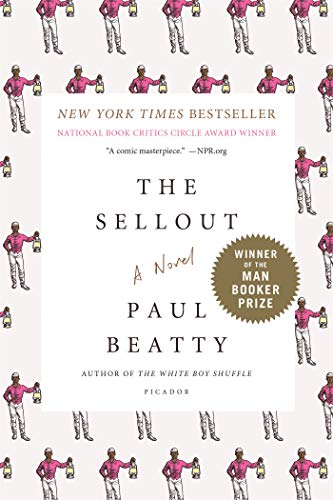 1. The Sellout by Paul Beatty

In The Sellout, Paul Beatty introduces us to a young, Black watermelon-and-weed grower, named Me. When Me’s father is gunned down by police, and his hometown Dickens is erased from the map, he decides to face one injustice by burying it beneath another. In one of the book’s many absurdist twists, Me hires a Black slave to serve as his footstool and lobbies in America’s highest court for the reinstatement of segregation. Powered by a wicked wit, this caustic but heartfelt satirical novel turns themes of racism and slavery inside out in service of a devastatingly clever message. 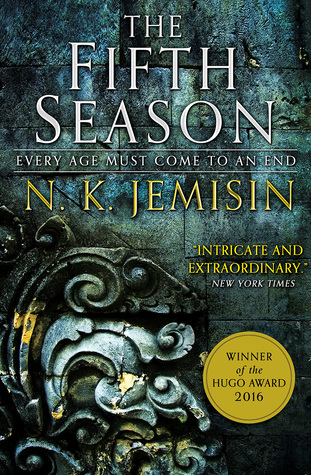 2. The Fifth Season by N.K. Jemisin

Jemisin’s unmissable, triple Hugo-Award-winning trilogy, The Broken Earth, takes place in the Stillness — a world in which society is structured around surviving nuclear winters. The Orogenes, who wield the power of the earth, are the reason for life’s survival; yet, they are shunned and exploited by society. In The Fifth Season, a red rift tears through the land, spewing enough ash to darken the sky for years. Without the resources necessary to get through the long, dark night, there will be war all across the Stillness — and Essun must pursue her missing daughter through this deadly, dying land. 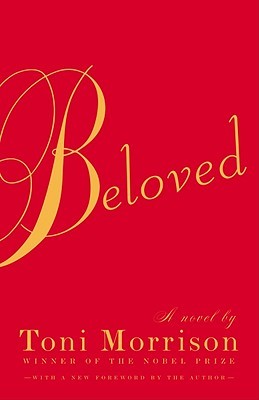 The seminal work from a giant of modern literature, Beloved chronicles the experiences of Sethe, an ex-slave living with her daughter in a house haunted by secrets. Sethe is held captive by the memories of her plantation; and when a fellow slave’s arrival heralds the mysterious coming of a woman — who calls herself Beloved — Sethe’s hideous past explodes into the present. A landmark depiction of the legacy of slavery, an engrossing ghost-story, and a reflection on motherhood and family, Beloved is so much more than the sum of its parts. 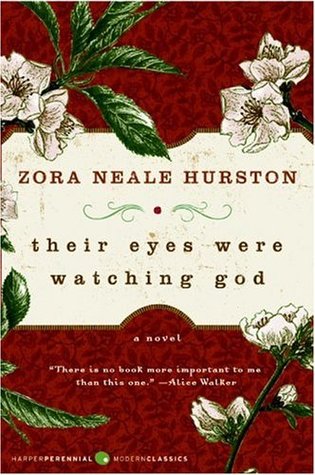 4. Their Eyes Were Watching God by Zora Neale Hurston

Originally published in 1937, Their Eyes Were Watching God was out of print for nearly 30 years, due to its readers’ initial rejection of its strong, Black, female protagonist. Janie Crawford is sixteen when her grandmother catches her kissing a shiftless boy and marries her off to an old man with sixty acres. The quest for independence which ensues sees Janie through three marriages and into a journey back to her roots. Rigorous, dazzling, and emotionally satisfying, when Hurston’s classic was reissued in 1978, it became one of the most highly acclaimed and widely read novels within African American literature. 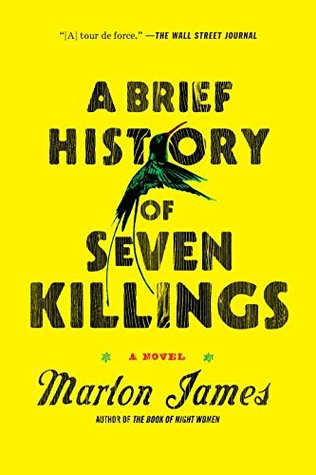 5. A Brief History of Seven Killings by Marlon James

On December 3rd, 1976, seven gunmen stormed Bob Marley’s house, machine guns blazing. Though the reggae star survived, the gunmen were never caught. A Brief History of Seven Killings is James’s fictional exploration of this event’s bloody aftermath, and of Jamaica, during one of its most unstable and violently defining moments. Spanning decades, leaping continents, and crowded with unforgettable voices, this ambitious and mesmerizing novel secures James’ place among the great literary talents of his generation  — and more importantly on our list of must-reads by Black authors. 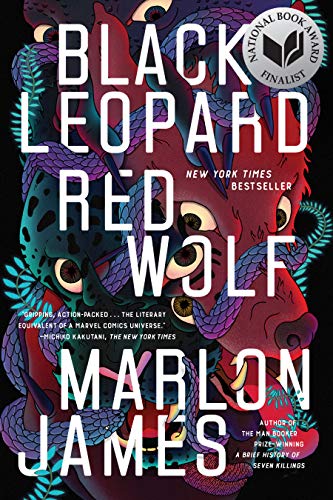 Black Leopard, Red Wolf follows Tracker, renowned for (you guessed it) his ability to track people. Hired to find a missing boy, along with a motley crew of supernatural mercenaries, Tracker uncovers a conspiracy in the process. The first in a planned trilogy, this epic has been called the “African Game of Thrones”, because it honors African mythology with the same sense of adventure and mystery. Not to mention, it’s immensely violent. However, the fantasy plotline is transformed by James’ hallucinatory and confounding prose. Warning: it’s already optioned for film rights, so read it before it hits the silver screen! 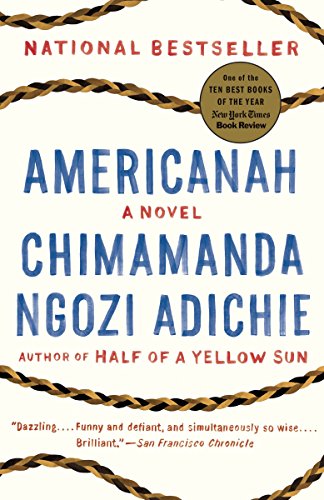 Americanah follows two Nigerian characters, Ifemelu and Obinze, teenagers in love who drift apart when Ifemelu moves to America. This novel wears its politics on its sleeve, acutely describing how it feels to try and navigate multiple cultures — a feeling that is endemic to being an immigrant — and openly debating the lived experiences of Black people, American or not. This discussion is at its most overt in Ifemelu’s blog posts, scattered throughout the novel. The overt nature of the politics does not come at the cost of plot of characterization, however, and Adichie writes with sagacious humor. 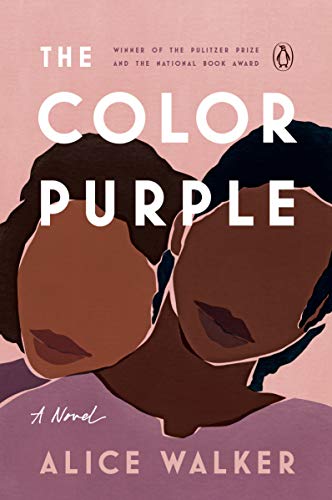 8. The Color Purple by Alice Walker

Walker unapologetically writes Southern Black women into world literature in her Pulitzer Prize-winning novel, The Color Purple. It tells the tale of Celie, a young African-American woman growing up in poverty in segregated Georgia. Raped by the man she calls “father”, Celie is separated from her children and her beloved sister Nettie, and trapped into an ugly marriage. Then, she meets Shug, a singer and magic-maker who helps her discover the power of her own spirit. Walker’s novel doesn’t soften its blows, but is courageous enough to hold on to its faith in forgiveness and hope. 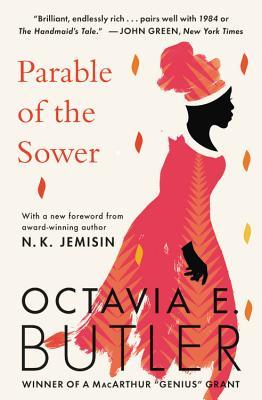 9. Parable of the Sower by Octavia E. Butler

It’s 2025 and the world is descending into anarchy. In America, violence rules and only the rich are safe. But one woman has the power to change everything. Lauren’s life is altered beyond recognition when a fire destroys her home and kills her family. Along with a handful of refugees, she is forced to go on a dangerous journey North — and on the way, she comes up with a revolutionary idea that might just save mankind. There’s nothing scarier than a dystopian novel that’s already coming true, and Octavia Butler’s Parable of the Sower’s exploration of climate change, inequality, and racism is alarmingly prescient. 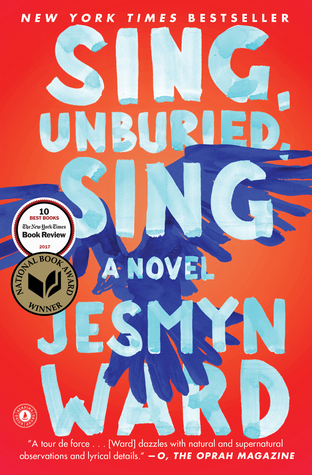 Jesmyn Ward’s freighted novel is a portrait of a broken Mississippi family: a young mother, (Leonie) hooked on drugs, and a husband completing a jail sentence. Hearing he’s about to be released, Leonie takes her two children and her friend Misty on a road trip to meet him. In this amusingly banal odyssey full of gas station lethargy and dodgy drug deals, Ward transplants the road novel into twenty-first century America, imbuing it with ancestral voices, mythical tropes, and hypnotic lyricism. Sing, Unburied, Sing is a harrowing and majestic work from an extraordinary author.